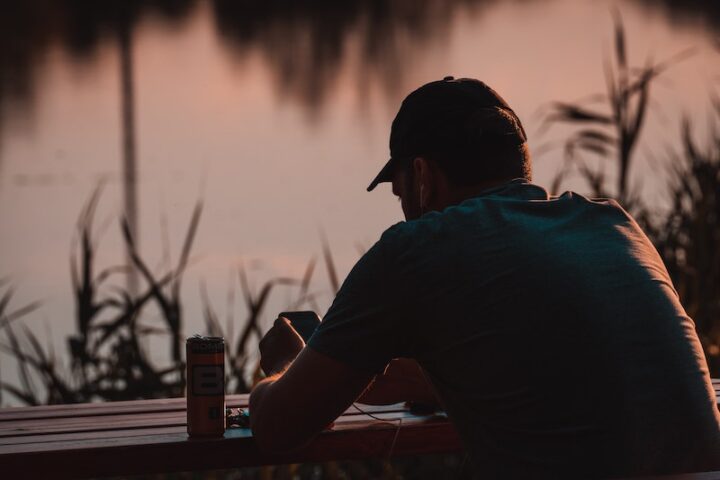 Nobody wants to be that person at the bar crawl, right? Lagging behind, not able to keep pace with everyone else. Calling it an early night… and missing out on all the fun.

It makes sense that many people—young college students and new drinkers, especially—would mix energy drinks and alcohol to keep the party going. If you drink Redbull to stay awake at work, it shouldn’t hurt to mix it with vodka at 1am, right?

There’s a reason alcoholic energy drink brands like Four Loko made news in 2010 and were hit with legal warnings from the Food and Drug Administration.

Keep reading to understand why mixing energy drinks and alcohol is so dangerous.

The Problem With Mixing Energy Drinks and Alcohol

By far, the biggest issue is how caffeine masks the symptoms of being drunk.

Alcohol is a depressant that impairs cognitive functions and makes you drowsy over time. It’s important to be able to notice how tired or impaired you’re getting as you drink throughout the night. Especially for inexperienced drinkers, accurately gauging how drunk you are and pacing your alcohol accordingly can make the difference between a fun night and a trip to the hospital.

Caffeine, on the other hand, is a stimulant. Caffeine creates the opposite effects of alcohol when it enters the bloodstream; you become less tired, more alert, and feel more energized. When combined with alcohol, caffeine directly cancels out the important signals from your body, letting you know you’re about to overdo your alcohol consumption.

Young, inexperienced drinkers are the most likely to binge drink—often to the point of hospitalization and even death.

It should come as no surprise that young people are the age group most interested in sweet, colorful, caffeinated alcoholic drinks.

What drinks are we talking about?

According to the Federal Trade Commission, alcoholic beverages containing energy drinks present a risk in, particularly young and inexperienced drinkers. Oftentimes young adults dont realize what goes into making these drinks. They are simply looking for a way to get drunk quickly and keep the same energy throughout the night.

The largest consumer of energy drinks is young adults and teenagers.  It doesn’t help that this demographic is also known for binge drinking. Binge drinking is the action of consuming alcohol at a high rate to achieve a blood alcohol concentration (BAC) of .08 g/dl or higher.

One of the greatest risks of consuming energy drinks and alcohol is heart damage.

Caffeine alone in energy drinks is known to increase an individual’s blood pressure, increase heart rate, and in some cases cause heart palpitations or irregular heartbeat.  Other symptoms of caffeine also include jitteriness, agitation, headaches, and stomach problems.

While caffeine is boosting your energy levels at an unhealthy rate, alcohol, on the other hand, will slow you down because it is a depressant.  If an individual is constantly mixing these two substances together, they increase their chances of heart attack, stroke, and heart disease.

Alcohol Use Disorder (AUD) is defined by uncontrollable drinking patterns that disrupt a person’s relationships, self-care, physical health, employment, or that generally feel out of their control.

Even if their alcohol habits don’t get them fired, someone with AUD may find themselves having to drink to get through the day, becoming preoccupied with alcohol, or going through withdrawal symptoms when they try to stop drinking.

If this is starting to sound like you or someone you care about, you don’t have to shoulder the stress of alcohol dependence alone.

Mixing energy drinks and alcohol is a recipe for disaster.

At Bridging the Gaps, we understand how alcohol can start as a fun social activity and turn into a damaging habit of self-harm. Alcoholism can isolate a person from their family and friends and makes them feel completely alone.

Our facility in Virginia helps alcoholics reclaim their mind, body, and soul with proven, evidence-based techniques. We go the extra mile to make sure our patients are set up for successful long-term recovery.

Contact us today to ask about our Alcohol Recovery Program.