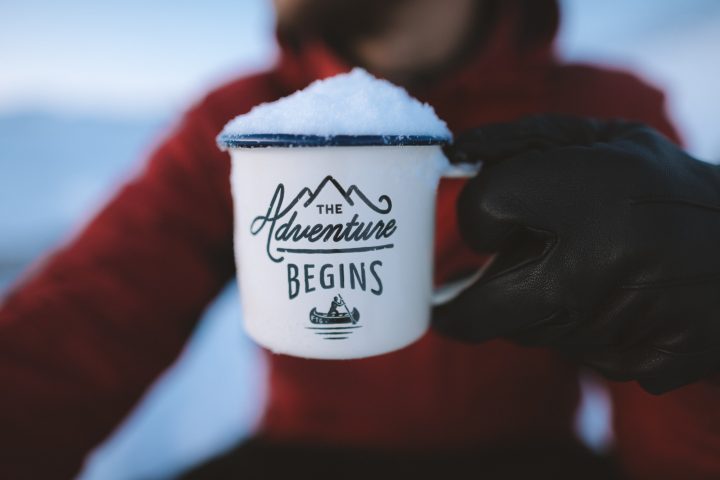 Having had a Spiritual Awakening as a Result of These Steps

At this time of the year, if you are a member of a 12 step group, you hear these words a lot.  Many 12 step programs seem to follow a format where each month corresponds to the step of that month number.  So, twelfth month, twelfth step:  “Having had a spiritual awakening as a result of these steps, we tried to carry this message to other _____, and to practice these principles in all of our affairs.”  In any language, this is a tall order.  In early recovery, this can seem almost impossible.  It is a principle to be aimed for, like making New Year’s resolutions.

That’s how I came to look at it.  In the first 8 years of my recovery, each year at New Year’s eve, not drinking, I would spend the time after the sober New Year’s Eve dance (yes, it is possible to have fun sober!), sitting with my journal and mindfully listing the goals I had in mind for the upcoming year.  They were similar to the things that most other people resolve to do:  lose 15 pounds, stop being mad at my neighbor and his dog, donate more money to my favorite charity, get rid of road rage, save more money, help others more, resolve to get a promotion at work or find a new job, etc.  Of course, these would be forgotten or lost or given up by March at the latest.  My friends and I might spend a bit of time laughing over the ones we gave up the soonest…giving up sugar was a famous one each year.

On the eve of New Year’s Eve, I bumped into a person I’d gotten sober with, one of two left besides me in our original “gang of 10.”  I asked her about her resolutions for this year and she said, “Oh I gave that up.  I only have one resolution now, that my insides match my outsides.  I’m doing yoga and that’s what my teacher advocates.”

Hmm, I said, that sounds pretty cool!  “HA!” she retorted, “I dare you!  I guarantee it is not as easy as it sounds.”  This from the woman who had started the visioning of resolutions – writing them in the front of your planner so you would see them all the time.  This had helped me to accomplish several major life goals, like returning to grad school and achieving my first professional job achievement.  How could I not take this challenge?

So I started the greatest spiritual journey of my life – and it continues:  To have my Insides match my Outsides.  Just what does that mean?

First, it assumes that I know what my insides are all about…

I was eight years sober then, and I believed I knew everything, about my life, the program, being sober and clean, being in relationship with the love of my life, and having kids.  Probably the least clear was parenting, but I was learning. This challenge brought one big question to the fore:

Is this action I am taking now in line with what I believe?

Well, wait a minute, What DO I believe about that?

Do I still believe what I used to?

Do my husband and I believe the same thing?  I better ask, if this has to do with our kids…

What if it has to do with work, does work align with my inner beliefs?

And so on…  Are you beginning to get the picture?

When I began on a sober and clean path, I was asked to formulate a vision of my own Higher Power.  That was pretty hard to begin with, and honestly, I began with what I did not believe in.  Slowly I found what worked for me, and I found a relationship with a HP that I could speak with, pray to, contemplate with and listen to.  I relied on wisdom from things I had learned from books, people, and the programs.  What happened from this challenge is that I had to learn to check INSIDE MYSELF to see if those things really FIT.  This was no easy task.  All of my actions were now open to scrutiny, but no longer by others as I had long imagined.  Now they were being scrutinized by my own higher self.

This amounted to slowing down my own inner clock.  My impulsive, egoistic self would just have to wait, while my wise Self took the time to think things over.

The remarkable outcome of this excruciatingly slow process was something I had heard over and over in my years of recovery:  Living in the moment.  All of a sudden, I found myself understanding that if I either got mired down in past regret or beliefs that came out of the way of thinking, or if I began fantasizing about what would happen too far in the future, I would quickly become separated from what I really believed or wanted to accomplish in this moment.  I found out that I loved fantasy, that I would much rather fantasize about the future than do the hard work of this moment.  I would rather make promises to others than stand still in the hard emotions and work of this moment.  I hated that stuff about me, but now that I could see it, I could change it. This was a way of practicing these principles in all our affairs.

On and on the revelations went.  Not in an overwhelming sort of way, just in the day to day, knock yourself in the forehead way!  This kind of insight proved to be far more beneficial than all the resolutions of any previous years.  Boy was my friend on the mark the day she made that dare!

I’m not saying this brought me to any kind of perfection.  If anything, it revealed my imperfections.  Here I am, the ugly American.  But I think I have become a little easier to live with, for others and myself.  I have forgiven myself a lot more, and I believe I’ve become a little easier on others as well.  I have discovered what a perfectionist I was and how that caused me to judge others harshly.  I found that my control was actually fear in disguise.  I learned that sharing with others was not always going to lead to my demise. I began to love service to others; to love seeing others grow.

Crazy, huh?  Let me just say that it has been thirty plus years since that day my friend challenged me and the challenge has not gone cold.  Living in the moment has gotten easier with practice and has brought me a bounty of joy and comfort.  I have had to address illness, death of loved ones, conflicts, major moves and many situations I was not happy about, but living trying to keep my insides matching my outsides has allowed me to meet these situations with grace. 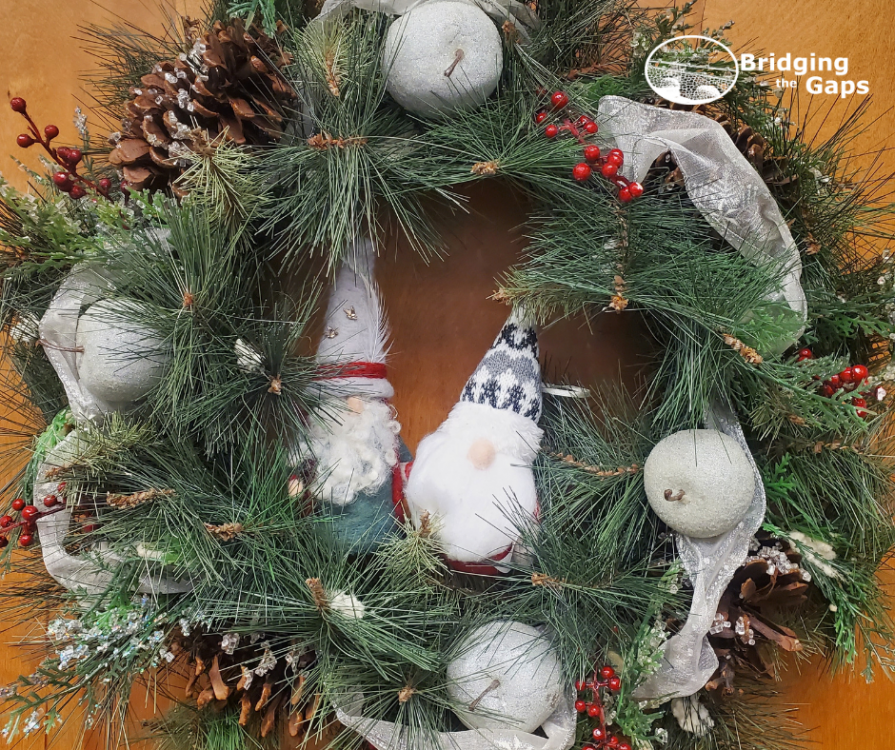 7 Tips to Navigate Early Recovery During the Holidays 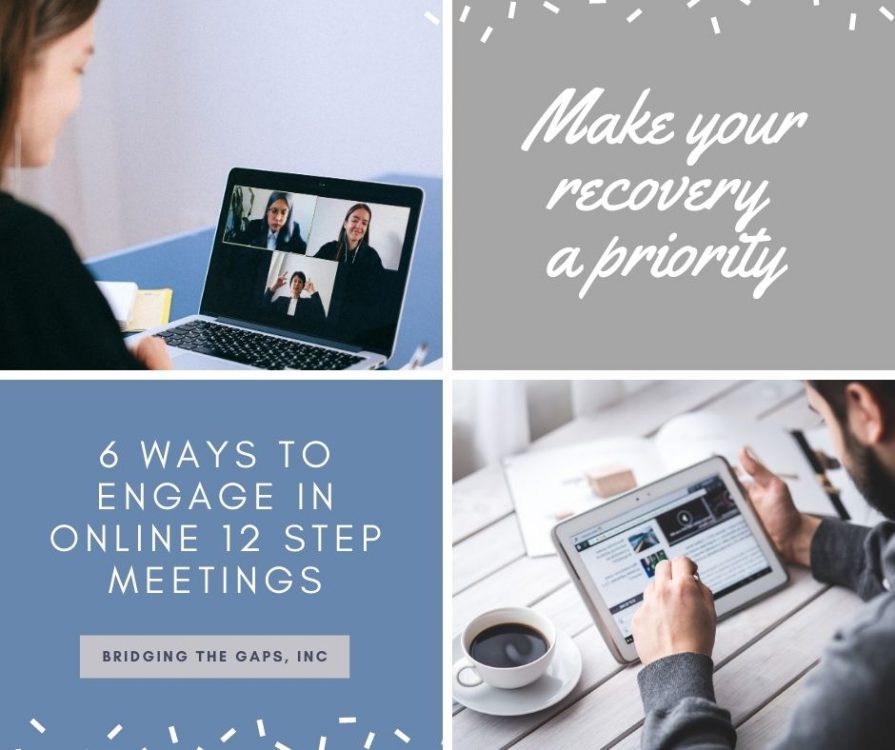 A Sunflower of Gratitude