I just passed my 40th sober birthday, which is unbelievable to me. I’ve become very interested in the ideas of personal responsibility vs personal freedom where recovery is concerned, lately.  I find that it is on the minds of most people once they have a few weeks into recovery as well. I’m not sure that young people realize how much we all think about it, because they are most concerned with what we might take away from them. In fact, when you hear old-timers in recovery talk about it, it goes something like this:

“Oh yeah, when the guy dying for recovery comes in here, he is beaten down.  He has had the last breath knocked out of him, has lost everything in his life.  His loved ones have abandoned him, he can’t work, can barely draw a sober breath, he can’t eat because his stomach is so raw.  He is often bleeding from every orifice and doesn’t know why.  He aches in places he doesn’t know he had.  People are after him, literally and in his head.  He is willing to do anything to get the hounds of hell off his back.  ANYTHING!

“Then you see him a couple weeks after he entered the hospital detox and treatment and he has a few good meals in his belly.  His pain has eased up, his brain is clearing and all of a sudden he sees what the problem is and it is definitely not him! His boss singled him out and cut him a raw deal, his wife Must Have been cheating on him, his kids judge him unfairly and only want his money, and he has never been given a fair chance.  The same is true for the rehab.  And forgot the God thing…where has God ever been when he needed him?” Old-timers have a good belly-laugh over this, and it often only draws more scorn from the newcomer, unless they are truly committed.

Indeed, I was like this myself when I came to the program of AA. I didn’t have the benefit of treatment. I would have rather done anything than accept personal responsibility for my drinking and drugging.  That is a horrible and dark place to go.  When the light begins to dawn on us, as the fog clears, that we are RESPONSIBLE, there is an amazing counterbalance that sets in.  This thing is stronger than any dictionary could ever define, deeper than any coal mine, and stronger than any bulldozer.  That thing is DENIAL.  Denial is the thing that tells us we don’t have a disease, we could control it if we had thought a little harder, waited a moment longer, done this one thing a little differently.  Next time will be better (even though there have been a dozen last times).

At first, as my sponsor asked me, “Are you willing to go to any lengths? ANY??”

I said easily, “Sure.”  Thinking to myself, what does that mean; I had no idea.  I’d been in a fog for months, possibly years.  I imagined it meant going to meetings, calling her, as others told me. I would have said yes to this woman, because she had such an aura of calm, and oh man, did I want that.  My life was total chaos.  I had no idea she meant I had to change my lifestyle, friends and the way I acted in public!  Yes, she really did say, “You only have to change one thing about yourself, everything!”  I couldn’t imagine why I, brilliant person that I was (that was years before, however) needed to make the changes she was suggesting.  I was holding on to my job (by a thread), had an apartment (that I lied to get) and living ok (by lying to bill collectors and hiding out from people who were chasing me).

Besides “working the steps”, this sponsor woman ended up teaching me all the things I never learned because I started drinking at age 10.  Like basic manners and how to pay bills on time.  Like developing a structure to one’s life and how that IS the way one gets personal freedom.  Like the way that with freedom comes personal responsibility and vice versa. Like grace, integrity and dignity.  Little by little, over my first ten (yes ten!) years of recovery, I found out that getting sober is by no means just about putting down the drink and drugs, it is about learning how to become a functioning member of the world and giving back more than you get.  It is about developing a conscience and using it.

One time when I was whining about all the horrible things that had happened to me both before and after my addiction got into gear, she asked me, very seriously, what was the one thing I wished I could change about my addiction, and I told her, “I wish I had not flung my virginity away so uselessly.”  She thought for a minute or three, held her hand up like she had a fairy godmother wand and said, “Poof, you’re a virgin – NOW CONDUCT YOURSELF AS ONE!”

Slowly, slowly, this thing was beginning to dawn on me, with freedom comes responsibility.  I did not like it one bit.  My thinking:  If I’m not drinking, I am entitled to do exactly as I please.  Hey I’m SOBER. That entitles me to something, right?  That’s who I was between 5 and 10 years off everything – a willful, controlling, entitled B…h.  I thought I knew more than most people in AA too, because I was working in the field of recovery, going to trainings, and getting the “professional” viewpoint.  I didn’t share this, of course, because I was supposed to be humble.  In the next 10 years, I would go through 3 sponsors, struggle with the 8th and 9th steps and finally take a little break from meetings, because we moved and the meetings in the new place just weren’t up to snuff with MY meetings.

Maybe this was all meant to be, I don’t know…

I do know that when I crawled back into meetings, I was still not drinking or drugging, but I was crazy as a bedbug and on a dry drunk, and I had no idea I was.  A person near and dear to me had relapsed, and that was enough to send me back to meetings.  I am grateful for that to this day.  I’m grateful they didn’t die and are sober again.  I am grateful for every breath I take, for the birds singing in the sky, for the ground I walk on, EVERYTHING.  I can’t imagine how I made it as far as I did.  Twenty-two years sober and dry drunk, insane and completely in denial.  My twenty second anniversary, people walked out.  We were living in a new area and I celebrated, and I can only imagine what people were thinking.  Who is this crazy nutcase and is she really sober???  Luckily a woman came up to me after the meeting and said, “Do you have a sponsor, dear?” She carried me the first 90 days after that and got me back into the steps.  Other women circled around me and carried me as well.  No one really judged me once they knew me.  I was truly humbled by the love and caring.  After that, I got a hard nose sponsor who had also struggled with mental illness and she has worked with me since.

One meeting soon after this, light dawned as I looked at the literature rack and saw that little card, I AM RESPONSIBLE…  I had a spiritual awakening as I realized in that moment what I had lost along the way.  That card is the core of AA.  “Whenever anyone anywhere reaches out for help, I want the hand of AA always to be there, and for that I am responsible…”

Even though I had sponsored others and tried to be helpful, and even though this is what my first sponsor had drummed into me,  I had failed to surrender the ego driven part of myself to a higher power as I understood it. I remained a slave to my addiction in its many forms.  Money, food, spending, envy  and greed were all part of my secondary addictions and kept me from giving freely what I had been given.

I have devoted my life to service since this realization.  I wake up each morning asking how I can be of service to the person who still suffers.  I try to see myself as one of many in this world and be a citizen among citizens…a worker bee.  I never felt as though I fit in, always falling at the bottom of the heap.  I love the feeling of being the one of many, part of a team that spreads world-wide.

A few years back I joined a step study that truly took me to depths I had never been to – depth of spirituality.  The man who led that step study and I locked horns more than once, as I struggled with my hatred of men, that had roots with my hatred of my father.  In the process, that man continued to love me and help me work the steps.  I learned  that my HP is truly present with me, no matter how hard it gets.  I learned another level of depth in surrender, and I surrendered my whole will and my whole life to my HP as I understand it.  I learned more about love in working the steps this time through, and I learned to be gentle with myself in a new way.  That has allowed me to be gentler with others as well.  What I learned about the steps in that four plus year step study is that everything but everything always comes back to the first step.  Whenever you are stuck, ask yourself, what are you powerless over, and how is it making your life unmanageable.  Then work through the rest from there, talking to your HP the whole way.

There is an incredible freedom to realizing that we are not alone.  I am not responsible for everything, just my little part, whatever falls in front of my face, just today.  And that piece never fails to be new exciting.  Every step of the journey is a new adventure, one day at a time.  No one has taken anything away from me, with each new responsibility has come new freedom. 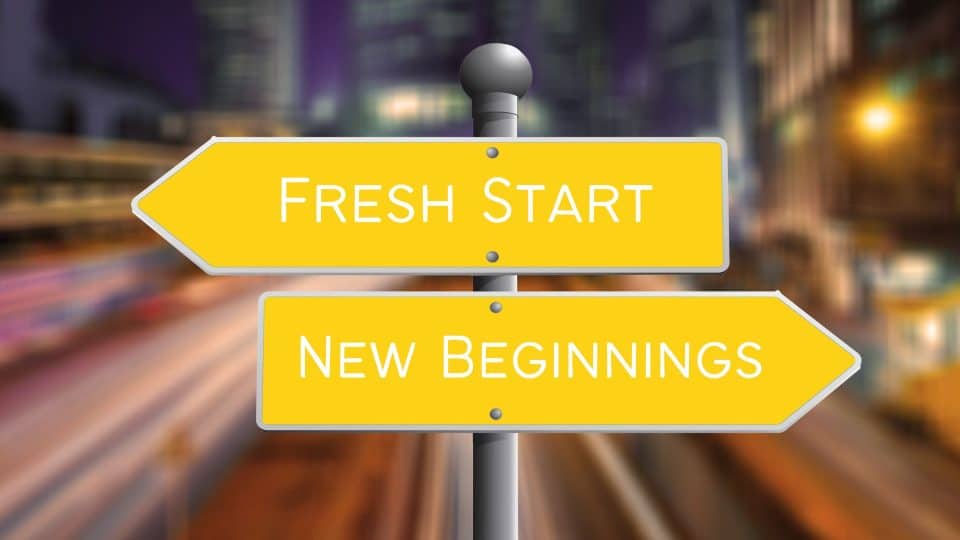 Starting Over in Recovery 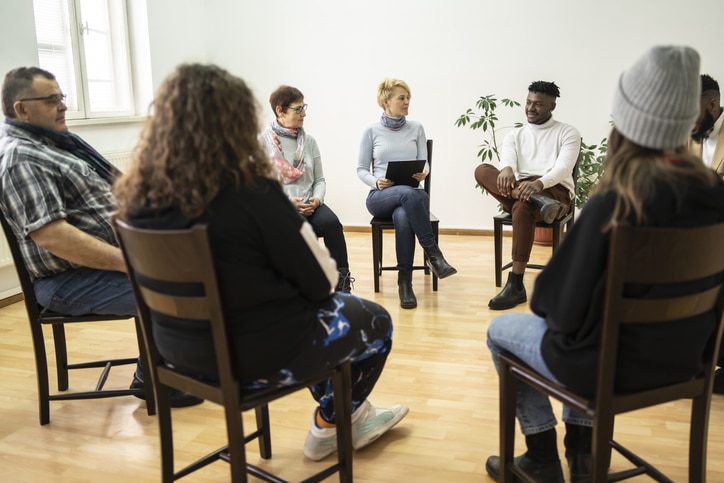 Levels Of Addiction Treatment Care At Bridging The Gaps 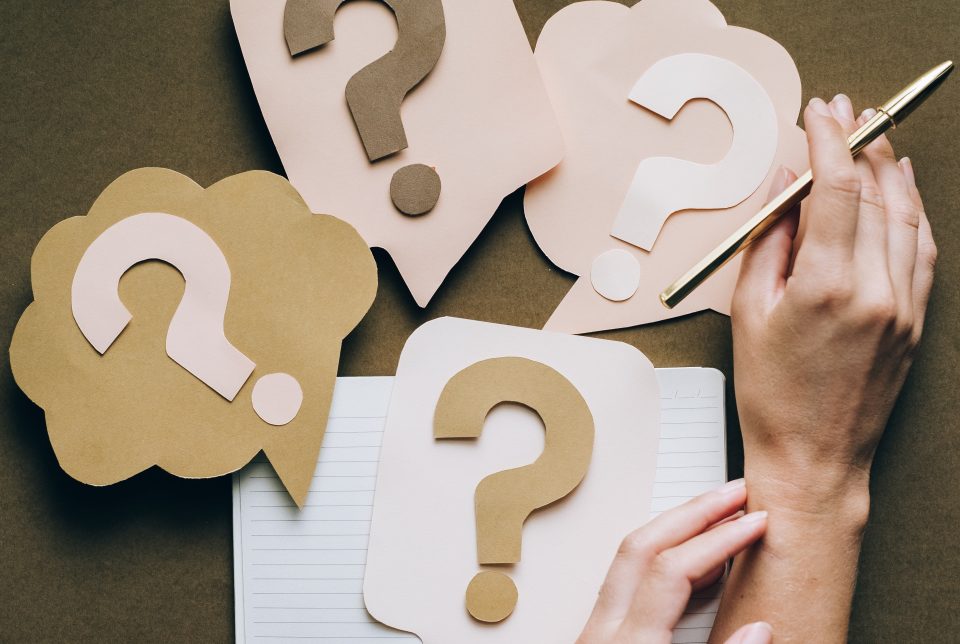